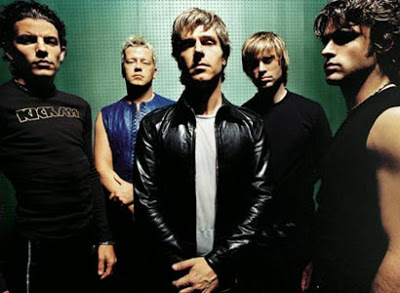 On July 6th, I had the distinct privilege of seeing one of my favorite bands from the 90’s. Collective Soul has been around since ’94 and they’re still going to this day; their most recent album release coming out this summer. In that time, they’ve unleashed upon us many great singles and accomplished albums. From reading the band’s story, it seems that front-man Ed Roland never envisioned the band taking off the way it did. 20 years and 9 studio albums later, Ed finds him and his band mates still selling records and playing shows for large audiences.  I can’t recommend seeing them in person highly enough.

I had not previously attended the Surf Ballroom prior to this event. It is located in very scenic Clear Lake, IA. There’s plenty of history within this venue, hence the “…and museum” included in its title. It’s most famously known as the last venue that Buddy Holly, Richie Valens, and the Big Bopper performed at before they were tragically killed. I did not have a chance to check out any of the other attractions there besides the main stage. This spacious facility has held up very well and still has a very old-timey feel to it.

We arrived just in time to see Collective open. They played a couple of their newer tracks to start things off. The singer, Roland, then acknowledged that he was appreciative that the audience “put up with the new stuff” and proclaimed that there was going to plenty of the hits that everybody’s heard too many times. While I didn’t mind hearing some of the newer material that they had to offer, I was relieved to hear this. They immediately started up the guitar riff to “Heavy”. The crowd got into it and never looked back. This is arguably my favorite song by them. It ultimately ends up being a tie between that one and “Precious Declaration”. I’ve included both below.

“Precious Declaration” definitely gets a vote from me as a vintage, obscure music video from the 90’s

The band provided an eclectic mix of their collection throughout the night. I thought they included the audience very well, especially when getting the crowd to sing along with one of their newer works, not an easy proposition by any means. I was impressed by the classiness showed by the Clear Lake audience. They cheered loudly throughout the show and there were no boorish requesting shouts of the band’s hit singles in between songs. There was a sizable crowd present in this town of only 10.000. I think Ed and the rest of the band responded to this well. They would have delivered a terrific show regardless but they seemed to appreciate the crowd’s energy and took it to the next level during their performance of “Hollywood.” I was never a huge fan of this track until now. They really made a spectacle of it and it made for an unforgettable act. I did find something similar to it on the web but I don’t think most of you are all that excited to watch videos of live shows online. It’s one of those things you have to see for yourself. Needless to say, it fucking rocked.

They unofficially closed with one of their newer tracks and of course the “one more song” chant (which I’m a huge proponent of) was started shortly after. They came out a minute later and put the finishing touches on what was already a remarkable show. They led off the encore with “Shine“, which is a timeless classic. They officially ended the show with their epic ballad “Run”. Many people don’t know that that song was featured on the “Varsity Blues” soundtrack. Once again, they were able to get the crowd into it rather easily. By the end, you had an audience full of fans singing out the chorus with the band to the tune of a slow clap, instead of instruments. They’re  a class act, and I urge you to see them while they’re still performing live.

I could not tell you what the acronym that this group goes by stands for. I could tell you little else about them other than they have a fresh new track called “Bobby” that is very easy on the ears. As long as you don’t mind a heavy dosage of electronics and a semi-sing talking method of vocal delivery, I’m sure you’ll find this song very catchy. Going off of the lyrics, it appears the singer is going through a break-up…a regrettable predicament indeed but a classic idea to build a song around. The final lyrics reveal her final disposition, put out there simply as “basically, I’m over it”. Basically, I think this song is fantabulous

In the absence of an actual photo, I would like to think this is what my viewers envision me as in person

As I’ve described on this blog before,  a great rap song has a lot going for it besides just the laying down of some sick rhymes. Mainly, a quality offering of instrumentals will accentuate the track and make it a more complete work of music. “Rhythm of Devotion” does just that. It’s a great mix of hard hitting beats/rapping and some chill instrumentals/electronic effects. The song gets noticeably more down-tempo @ 2:00 where the softer instruments take the front stage accompanied by some more relaxed, traditional vocals. I’m excited to see what else this hip new group, Sisyphus, comes out with. They’re a group to keep you’re eye on for sure.

It’s been awhile since I’ve heard a song I liked by this group. While I respect what they’re all about and how successful they’ve been, I typically couldn’t get into most of their work. I don’t mind screaming in music but it seems like these guys relied on it a ton in some of their earlier work. Not the case here; it’s a very straight forward piece of work that focuses on their instrumental and vocal strengths. One plus from their earlier works, however, is that they have one of my favorite lyrics in any song ever “you bleed just like you puke while running the mile”. That is grotesque, I realize, but it does hold some truth in that having to run the mile for PE class was a little too much for some to handle back in the day (mainly the dudes who chose smoking in their van over regular physical activity). I’m hoping you’ll enjoy this new single by the The Used

I’ve stated in a previous post that for the most part, I don’t like music videos all that much. It seems like they are even less in the public eye now than they once were. At least, nobody I know talks about them anymore except when a artist does something in the video so outrageous it generates a jaw-dropping reaction from the masses. This is usually not the mark of a GOOD music video. No, to be something that actually adds to the song rather than just using footage to market the track, you mainly just need to be creative and come up with something cool. The following music videos are ones that I feel are shot not only to the tune of a great song, but were videos that didn’t do what everyone else did. They thought outside of the the box, effort was put into it, and at some point something happens that makes you picture the music video whenever you hear the song.

I included a video from each decade that I’ve been around for-90’s,00’s, and now (I purposely excluded the 80’s as I was not at a point in my life where I could appreciate a good music video…and a lot of them were weird).

1. The Prodigy-Smack my B!tch up

“Woah”…that was the only reaction I could muster the first time I witnessed this video. The effect of all that is going on is further amplified by the fact that I was only 10 years old when I would have seen this. The premise of it is the night out from a direct first-person perspective. You know nothing about this person going into it. You get the idea the person is going to be making some questionable decisions later on in the evening simply by their behavior while preparing for the evening. The person involved doesn’t disappoint as you are taken on a roller-coaster ride of debauchery that includes several physical altercations, destruction of property, and graphic loss of bodily fluids. It’s uncomfortable and entertaining at the same time. They also made sure to include a twist at the end to make it that much more memorable.

One could make the argument that this is the type of music video we’ll look back at in 20 years and laugh at. It is somewhat campy but still very original. It is the first and likely only music video to be composed mostly of string. Besides the band-members and extras, nearly every other part of the set is knitted on-site. It’s unlike anything you’ve ever seen before. This video takes on the refreshing  mindset that they’re just trying to have fun with it, and nothing else.

There’s an interesting subplot going on as well’ with the antagonist, “giant string man” we’ll refer to him as, trying to destroy the entire city. He is successful in the early going, wreaking carnage on everything in sight and appearing almost invincible. But eventually he tries to take out the capitol records building which ends up being his undoing. Two studio execs, who appear to be no older than 12 years of age, save the day and the lead singer who ends up being partially dismembered as a result of the attack. All the while, there’s a decent song playing featuring some of the fastest dishing out of lyrics I have ever heard in my life.

Earlier I said a good music video needs to think outside of the box. Lorde does that and more here. While it’s insanely simple, I think it’s a great music video. It says so much more that your typical vid that just has the artist strutting/dancing in the middle of an entourage of fellow strutters/dancers while trying to look cool mouthing out their lyrics. “Tennis Courts” is creepy, unique, and has great use of back lighting. You may wonder what the hell you’re watching if you’ve never seen it before but once you get into the song, I think you’ll learn to appreciate the whole experience.